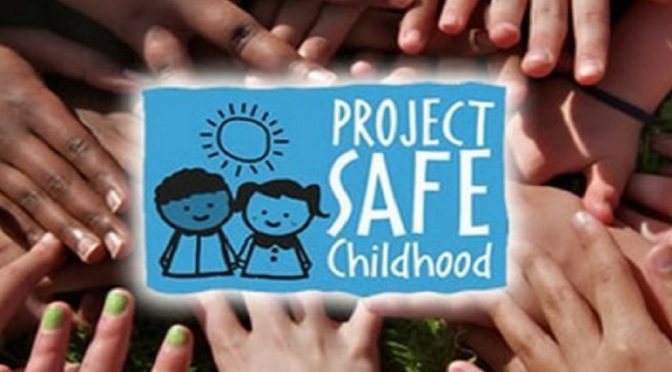 The sentencing today follows Martin’s earlier plea of guilty during which she admitted that on at least 4 separate occasions in 2002, she and co-defendant Clif Seaway engaged the first of the 3 victims in sexually explicit conduct for the purpose of producing visual depictions.  This criminal conduct resulted in the production of at least 30 separate files depicting the child engaged in sexually explicit conduct.

Martin further admitted to the abuse of a second victim on at least 14 separate occasions from 2001 through 2007, producing at least 104 separate files depicting that abuse.

Finally, Martin admitted that on at least 26 occasions from 2004 through 2008, she and Seaway engaged the third of their victims in sexually explicit conduct, producing at least 211 separate files of that abuse.

Martin was sentenced to serve the maximum sentence allowable under federal law, consisting of 30 years of imprisonment on each count of conviction to be served consecutively to one another.  If Martin is ever released from prison, she is sentenced to a term of supervised release for life, and required to register as a sex offender.

“Over a seven year period, Tammy Martin and Clif Seaway sexually exploited three children, and the 90-year sentence imposed reflects the depravity and gravity of those crimes,” said United States Attorney Grant C. Jaquith.  “Our commitment to prosecutions to protect children and secure just punishment for their predators is unwavering, and we continue to seek sentences which ensure that those predators will never harm another child.”

“Today’s sentence clearly demonstrates the serious nature with which the law enforcement community views crimes committed against children,” said Kevin Kelly, Special Agent in charge of HSI Buffalo.  “HSI and our partners will continue to be relentless in the aggressive pursuit of these cases, and the significant prison term handed down is an appropriate one and should serve as a stark warning about the consequences awaiting those involved in these acts.”

For his part in the abuse of these and other children, Clif Seaway was sentenced on May 3, 2018 to serve 360 years in prison.

Launched in May 2006 by the Department of Justice, Project Safe Childhood is led by United States Attorneys’ Offices and the Criminal Division’s Child Exploitation and Obscenity Section (CEOS).  Project Safe Childhood marshals federal, state and local resources to better locate, apprehend and prosecute individuals who exploit children via the Internet, as well as to identify and rescue victims.