Cadillac, MI  –  The woman who allowed one of her underage family members to have a sexual relationship with a registered sex offender is heading to prison.

Mary Burkemo will spend five to 20 years in prison.

She admitted to child abusive activity and third-degree child abuse.

In exchange, charges like second-degree child abuse were dropped.

Burkemo was dating Kyle Donkers, a registered sex offender who was on parole for a previous sex crime conviction.

Donkers became obsessed with a relative of Burkemo’s.

He is currently serving 13 to 20 in prison for child abusive activity. 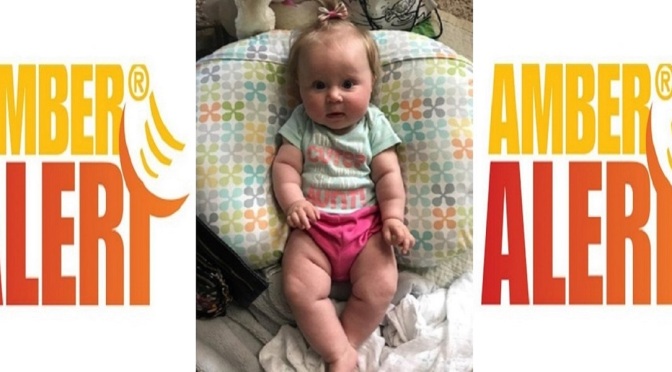 DANVILLE, VA  –  The search for a missing Danville, Virginia infant believed to be in extreme danger is over.

Emma Grace Kennedy, who is seven months old, appeared to be in good health and was being evaluated at a hospital, the Danville Police Department in Virginia said in a news release.

Carl Ray Kennedy, the girl’s father, was arrested with the baby in Randleman, North Carolina, about 65 miles south of where the abduction took place Sunday evening at a gas station in Danville, police said.

Virginia State Police had issued an Amber Alert early Monday stating that the infant was in “extreme danger.”

Kennedy, 51, is a registered sex offender with a long criminal history, police said.

Before the alleged abduction, he was out of jail on a $250,000 bond on a drug distribution charge.

Seven month-old Emma Grace Kennedy is believed to have been abducted by Carl Ray Kennedy on Sunday night at the Kwik Stop on Riverside Drive in Danville, Virginia, which is about three hours from the Tri-Cities.

Carl Ray Kennedy was possibly sighted in the area of Seven Springs, North Carolina around 6:30 p.m. Monday night and may possibly he headed to Oak Island, North Carolina.

He was last seen wearing a brown shirt, gray pants, with gray hair and green eyes.

Kennedy is also a registered sex offender in North Carolina and could be armed with a knife.

A jury convicted Octavious Therion Wright of raping a 6-year-old in June 2014.  He continued to abuse the child through December 2015.

Teachers at the girl’s school noticed she was in pain.  They spoke up and investigators later determined she was being abused.

Wright has not yet been sentenced in this case.  However, the felony carries a minimum sentence of 25 years in prison without the possibility of parole.

AUSTIN, TX  –  Attorney General Ken Paxton congratulates the Criminal Investigations Division of his office for reaching two huge milestones since its inception in 2003.

On September 27, the division marked its 10,000th arrest with the capture of Jordan Adam Lafleur, who was wanted for aggravated sexual assault of a child.  Twenty-seven of the 10,000 arrests involved the capture of outlaws on the Texas Department of Public Safety’s 10 Most Wanted list.

“These monumental milestones are a testament to the hard work and dedication of our Criminal Investigations Division’s brave law enforcement officers, who don’t always get the public recognition they so richly deserve,” Attorney General Paxton said.  “Their bravery, valor and strength remind us of the dangers many of them face every day – dangers they confront without hesitation.  I am proud of the job they do to keep Texas stronger, safer and just.”

The Fugitive Apprehension Unit’s mission is to locate and arrest convicted child sex offenders who violate conditions of their parole and to arrest sex offenders who fail to comply with the state’s mandated sex offender registration requirements.  It also assists the National Center for Missing and Exploited Children in locating missing and endangered runaways.

To learn more about the Criminal Investigations Division and its efforts to keep Texans safe, visit the attorney general’s website at https://texasattorneygeneral.gov/cj/criminal-investigations

For more information about protecting your children online visit https://www.texasattorneygeneral.gov/cj/cyber-safety